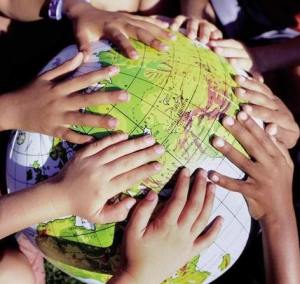 The Hague Convention on Inter-country Adoption entered into force for the United States in April 2008.  Since then many families have found that their adoption cases have been transitioned to Hague cases and are subject to a whole new set of policies and procedures.  Since Hague procedures are so new to this country the rules governing these adoptions continue to evolve.  Adoption agencies and even the US central authority, the Department of State, in charge of these cases continue to work out the kinks.

Families who are adopting from Hague countries and have let their I-171H/I-797C USCIS immigration approvals lapse without filing for an extension have been transitioned into Hague cases and are now subject to the new regulations.  This can cause serious delays in travel for families, including those who may have already received a referral.  Families have always needed a current approval in order to be issued permission to travel but the requirements under the I-600 process were easier. Now families whose approvals have expired and whose cases are now considered Hague Convention cases will have to fulfill all of the new Hague requirements including a new Hague home study and an approved I-800A before being granted travel permission.  This is causing some families who have already waited years to receive a referral to wait several more months to obtain travel permission in order to be able to hold their child and complete their adoption.

Although the adoption process for both Hague and non-Hague countries appears similar when the steps are compared side by side, the length of each step makes Hague adoptions longer and often more costly for families. Families that are working with one agency may find that they need to apply to a new agency to complete a home study because their first agency is not Hague Accredited.  Agency fees for Hague home studies are often significantly higher due to the complexity of the new regulations and the cost of agencies acquiring the approval to be a Hague accredited agency.

Hague home studies have more demanding requirements than non-Hague home studies, and take considerably more time to complete.  Education and training requirements for prospective families has been increased to 10 hours beyond what is learned during the home study process.  Reports are significantly longer, requiring more sections and information to be dispensed in greater detail than in a non-Hague home study.  For example, adult household members 18 years and older are required to have child abuse clearances from all states and/or countries where they have resided since they were 18.  While this requirement may be easy for some families it can be a significant hurdle for others. Currently there is no central list of how to obtain these clearances from overseas countries, so it often takes some investigation on the part of the adoption agency and then a lengthy wait for the information from the foreign country while the agency and the prospective family hold their breath hoping that they wrote to the correct foreign agency, and that the foreign country will or can provide the necessary information.

Since April 2008 the National Benefits Center (NBC) which is responsible for processing Hague Convention cases, has received more than 1,300 Hague applications and petitions, and the majority of these cases are incomplete or require additional information be submitted.  According to statistics released by the US department of state in November 2008 for fiscal year 2008, only 9 visas were issued to families who submitted their I-800 under the new Hague regulations, while approximately 17,000 visas were issued to families adopting under the old regulations and had filed I-600’s.  In an effort to speed up this process the NBC is working with adoption agency representatives to help work through these regulations and hopefully speed up the Hague process.

The Hague Convention on Inter-country Adoptions has a noble goal to end child trafficking and abduction and to promote domestic adoption within the foreign country. Unfortunately what has occurred to date is a significant decrease in the number of foreign adoptions, which is likely to continue while children are remaining institutionalized longer instead of being cared for in a loving family.  Prospective adoptive families are being subjected to even lengthier delays, and even costlier adoption processes.