Why do people think Birth Mothers have no morals? WHY?!?!?! 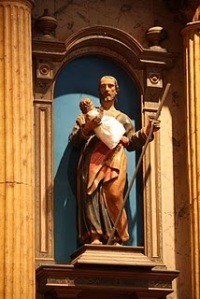 “They are a strong, Christian, pro-life family. They figured I must have had morals, since I kept him,” Stephanie said. ~ fwdailynews.com

This statement ruined an otherwise great article I was reading about a woman who found herself pregnant at a young age and kept her baby. She continued with school, was able to pull her life together and she is now trying to teach teenagers that abstinence is the best solution for sexual deviance. It was a great read, until I hit that particular sentence…then I was just mad. So because I took responsibility for my actions and did what I thought was best for my child at the time, that means in some people eyes I have no morals? Because I asked for help at a time when so many would not or could not, I have no morals? Because I chose to let my children walk without me and have a life far better than I could have ever provided for them, I have no morals? Well, I have a few things to say about that and some of you may not like it.

Morals definition: 1) of, pertaining to, or concerned with the principles or rules of right conduct or the distinction between right and wrong; ethical: moral attitudes. 2) capable of conforming to the rules of right conduct: a moral being. 3) of, pertaining to, or acting on the mind, feelings, will, or character: moral support. I was raised in a home with strong morals and it was that strong upbringing that lead me to choose adoption for my children. I took responsibility for my actions and although it did not benefit me, I made a decision based on what I thought was best for my children at that particular time in my life, and more importantly, their lives. I was not able to care for a child then. I was not of sound mind and body to care for my children at the time. And since I have a deep religious faith, I asked God for his guidance to help with my heartbreaking decision to place my children with other families. I do not think that my morals were bad at the time, in fact, I think they were right on the money according to definition #1. I did not think that it was right that I should be raising children when I was already having a difficult time myself. I knew in my heart that I was not the right parent for them, I knew that. And when I asked God to help me, he confirmed to me that I was right in my thinking. How do I know that? Because he sent me the right parents to do so. He lead me to the couples that understood what I needed to know in order to relinquish my rights as their mother and allow them to be raised by another family. He helped me every step of the way and then some. 20 years later, He is still showing me that I made the right decision for my children in the way they think of me, are proud of me, and consider me a strong woman with an abundance of courage. I think to say that keeping your child in a difficult situation is the morally right thing to do is a slap in the face of all those women who live every day with a hole in their heart for doing what they thought was morally sound in their mind.

Does this article say that those that do choose adoption for their children are not moral? That is how I read it. But I am here to tell you that my morals were in line with what He wanted me to do. And the bottom line is that if He sees that I did what I thought was best, well, His opinion is what really matters. His and my children’s opinion. As long as they understand that their mother loved them enough to admit that she could not raise them alone and did her best to make sure that were taken care of, well then I would say that my morals were right on the money.

It is statements like the one above that just make others think badly of birth mothers/first mothers and to me, that is a real shame.

Reposted with consent by Kelsey Stewart from her blog The Birth Mother Voice.  She is the author of a children’s book titled The Best For You that explains why one mother chose adoption for her children.  She has also written articles for The Open Adoption Examiner, Adoptions From The Heart, The National Council For Adoption and has an eBooklet that was published by Tapestry Books titled Guilt, Grief and Pride. Kelsey advocates for open adoption and strives to tell her positive story and point of view to anyone who wants to know how she was able to live through two adoptions and come out the other end a healthy, happy and experienced mother.