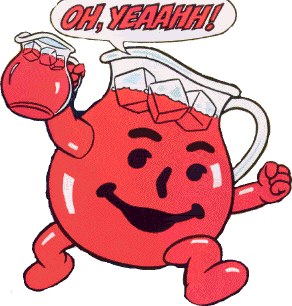 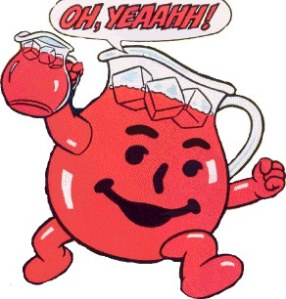 Written and posted with permission by Kelsey Stewart from A Birth Mother Voice.

I have heard things like this quite a few times from those who do not like the positive voices in adoption. There is a large force that wants to convince voices like mine that we have fallen into the trap of the adoption industry, that we have been brainwashed to believe that adoption is good. I do not believe that I have been lead to believe anything but what were my truths, and my decision was not a coercion that adoption was good. I can tell you that I have been very happy with the way that life is going for my children and myself, so I do not agree with the the immense hatred towards adoption. I especially do not agree with the immense hatred towards content birth mothers. But I digress….

So what does it mean? Why the Kool Aid connection? What does that have to do with being happy in adoption? Some birth mothers have told me that it has to do with being a kid and liking the yummy flavors and being lured by the sugary sweetness of adoption. Others have told me that it has to do with being druged with Kool Aid so that they sign the papers and be happy about it. Those are a couple of ways to see it. However, I asked someone who said it to me one time what it meant because I had an idea, but I wanted to hear it from a source to be sure I understood. With one short sentence my thoughts were confirmed. “Ever heard of Jonestown?” Why yes I have, I actually remember when it happened.

In the late 1970’s, Jim Jones was a cult leader of the People’s Temple who moved his entire following to Guyana. Mr. Jones obviously controlled his congregation and gained outside attention when a Congressman from California took an interest in Jones’ tribe after some distraught family members contacted him with concerns. After a life time of wacko and too many prescription drugs, Jones’ final act was to convinced the entire following that mass suicide was the answer for everything. He forced them all to drink various poisons and sedatives that were mixed in a vat with Flavor Aide, or as some would call it … Kool Aid. He lead many, many people to believe something that was not true, and so sadly convinced them to leave this Earth, some killing their children in the process. How very sad that it happened, and the world was shocked when it occurred. The power of someones conviction projected onto others became a massacre of unthinkable proportions. (The Congressman, Leo Ryan, was also killed and to this day is the only Congressman to be murdered while holding office.)

This story has a LOT to do with the reference that I speak of with peaceful and dare I say it … happy people in adoption: that we are all just drinking the poisons of the adoption industry. Following along with what they tell us to do. I see their point, but it is a huge insult to those who do know their truths, who have had communication and been successful in our journeys so far. Yes, I know that there are states with adoption agencies that DO lie, DO manipulate and DO sometimes force one to separate with their children. I am one who did deal with an agency that tried to tell me what to do and I said no. I stood up for myself, and my child, to tell them how it was all going down. I did not agree with what they said was best, so I made a change. I did it my way, making sure that everyone around me knew that I was making the decision … not someone else!

Drinking the Kool Aid is an insult to many, many women and adoptees out there who are told by others that they do not know their stories, their lives. I am wide awake and have been for a long time. I have seen the good and continue to tell about the positives of open adoption no matter what you think I know. In the end you don’t know my story, and we obviously have had different journeys if you believe in that negativity. So to your insult of drinking the adoption Kool Aid, I say make it a flavor all your own and be happy with the life that you live. My batch is cherry-delicious.OH YEAAAAAHH!!!!!!!!