Shoving it Down Our Throats 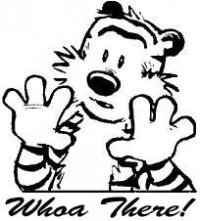 I recently came across a post by Kelsey Stewart ( who has been kind enough to share some of her posts with us on this blog) about the hatred and venom that is sometimes shared on birth mother forums, blog comments, chat rooms, and facebook comments (read the full blog post here).

There are many birth mothers out there that don’t like adoption, their adoption was not positive for them for numerous reasons and they don’t trust adoptive parents or agencies. Thats fine. Unfortunately not everyone has a good experience for a number of reasons, but Kelseys point was to curb the hatred in response to women who have recently placed their children for adoption or are considering it. To berate these women for their choices and fill their heads with horror stories or scare tactics isn’t productive and in fact can be downright cruel in some cases.

We often hear about teenage bullying and how it is getting out of hand.  How facebook, blogs or forums are being used to tear people down instead of building them up.  We see the results in the suicide statistics and news paper articles. But its not just teenagers who are doing it.  Some of the birth parents who are the most vocal and most angry are now adults.

Kelsey’s post might relate to birth parents and birth parent forums and blogs but there are a rash of adoption haters out there who aren’t birth parents. Some are adoptive parents who had a bad experience and some are people who don’t have anything to do with adoption yet have a lot to say about it. I think Kelsey’s post really speaks to all people not just in the adoption community but in life as a whole.

We get it, you don’t like something say your piece and move on, no need to post over and over and insult and degrade those that feel differently.  Is your point to spread hatred or is it to be heard because posting over and over again spewing hatred make most people tune out. Say it once and be done, make your argument for your belief in an informative and thoughtful way instead of filled with venom and hatred, which also makes most people move on without taking your seriously.

We all don’t share the same opinions, that’s the beauty of the world.  I don’t mind publishing comments of different opinions but hatred and insults will be deleted.