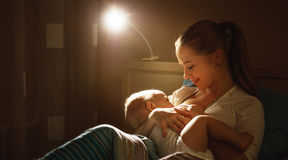 Health professionals like the World Health Organization believe that breastfeeding best meets a baby’s nutritional needs. The composition of breast milk changes to meet the baby’s needs, especially during the first month. Antibodies are also transferred from mother to infant as they are found in breast milk. Breastfeeding lowers the risk of the child catching any illnesses. Not only does breastfeeding benefit the infant, but there are health benefits for the mother as well.

The WHO recommends breastfeeding through the first two years of the baby’s life. On the other hand, many mothers surveyed believe it is unnecessary to breastfeed for two years as most mothers stop before that point. Many cultural differences attribute to individual beliefs on breastfeeding.

All over the world, there are different opinions on when and how breastfeeding should be utilized. In places with a strong Muslim presence, women view breastfeeding as a religious duty as specified in the Qur’an. In the past, it was also not uncommon for relatives and neighbors with similarly aged children to share nursing responsibilities. In Mongolia, if there is excess breast milk, it will be shared with the husband, family members, and even the elderly for its perceived medicinal properties. In India, colostrum is seen as dirty and impure and is disregarded. The child is given formula until the mother produces milk.

Breastfeeding as an Adoptive Mother

Breastfeeding is possible for women who haven’t been pregnant or given birth. Lactation can be induced by stimulating the breast like using a breast pump about two or three times a day. Adoptive mothers won’t typically be lactating when she is placed with a child, so she will have to go through this or similar methods if she plans on breastfeeding.

Beyond the nutritional benefits of breastfeeding, many women participate in it to build a bond with their babies. For some adoptive mothers, creating a bond through breastfeeding feels very important, especially since the mother didn’t have that extra bonding time during pregnancy. However, the majority of adoptive mothers do not choose to breastfeed. Some choose not to because they talked with their child’s birth mother and decided not to. They could also be using the birth mother’s milk, are uncomfortable with the idea of breastfeeding, weren’t able to stimulate lactation, or prefer bottle-feeding their baby.

Breastfeeding isn’t the only way to forge a bond between a mother and her child. Establishing skin-to-skin contact is another great way to acclimate the infant to the adoptive mother. Skin-to-skin contact helps keep the baby’s temperature stable and regulates their heartbeat. For the mother, skin-to-skin contact can help increase milk production, making breastfeeding more accessible, and it also releases oxytocin. Holding the child during bottle-feedings is another essential way to build up the relationship. Babywearing is another excellent way to help with the bonding process.

It’s important to mention that adoptive parent breastfeeding can be controversial. Some people believe breastfeeding a child born from another woman or inducing lactation without giving birth is unnatural. Some people also view taking drugs to induce lactation to be not in the infant’s best interest. Others see adoptive parent breastfeeding as a way to diminish the birth mother’s role in the triad. Before moving forward with breastfeeding or bottle-feeding, it is vital to have an open conversation with their child’s birth mother. It is also helpful to listen to adult adoptees on how they felt about being breastfeed or bottle-feed as an infant—this way, the adoptive parent can make a well-informed decision by listening to all viewpoints of the triad.

Breastfeeding as a Birth Mother

Before a birth mother relinquishes her parental rights, she can choose how to care for her child. In the hospital after birth, she has the option to breastfeed or pump during her stay. In the past, hospital staff and relatives discouraged birth mothers from breastfeeding, fearing the mother would get too attached and change her mind about placing her infant for adoption. As open adoption became more common, an increased number of birth mothers feel more comfortable breastfeeding or pumping in the hospital. Many birth mothers breastfeed or pump for the same reason they decided to make an adoption plan: they believe they are making the best choice for their child.

After signing the relinquishment papers, the birth mother can no longer legally make decisions for her baby. There are situations where a birth mother and the child’s adoptive parents discuss and agree on using breastmilk for the baby. The child’s birth mother can continue to pump, store, and ship the breast milk to the adoptive family. Some birth mothers like this option because they feel they are still caring for and contributing to their child, and it helps them work through the loss and grief that comes with placing a child. Many birth mothers who do this only pump for the first couple of months. This allows the baby to wean from complete to limited to no dependency on breastmilk.

Breastfeeding is a Choice

While breastfeeding is an option for most women, it does get complicated when open adoption is introduced, and multiple party’s interests are to be considered. If the placement is planned before the child’s birth, it would be beneficial to have conversations about breastfeeding or bottle-feeding early on. This way, when the baby is born, there will be no disconnect, and the triad’s relationship will flourish. Respecting both the adoptive parents’ wishes and the birth parents’ wishes leads to a healthier open adoption. While deciding to breastfeed or not is typically up to the mother, there are two mothers’ wishes to consider in an open adoption. No matter what is decided, it is best if the decision is unanimous.

At the end of the day, the most important thing is that the child is well-fed. Every family and baby have different needs, and it’s crucial they are met. For some families, bottle-feeding is the best option. For others, breastfeeding is best. Sometimes, babies need both. There is no one right way for all families and infants. Breastfeeding is an option, but for some families, it’s not the best option. Each family, made up of the adoptive and birth parents, has a very personal choice to make to best care for their infant.